Part II: Eating, then and now

When I first was thinking about trying an all-meat diet (Part I), I worried about things like boredom, and missing favourite plants. In practice this hasn’t been a problem, because…

…my concept of what constitutes food has changed.

You may have have experienced this if you don’t normally eat “processed” foods [1], and then are offered some blue, grocery-store-birthday-cake monstrosity, or “fruit” punch. It’s about as appealing as plastic.

When I started out, I avoided all spices, and ate plain meat. It was a little bland the first few days, but my tastes quickly adapted to animal foods. Even though I have always loved vegetables, I don’t miss them. I can see that they are pretty, and I can imagine their sweetness or texture if pressed, but it’s really no big deal.

I’ve always liked meat, but I eat meat differently from when I started. The first thing that happened was that I started liking it cooked more rare. Brought up vegetarian, I’d learned pride in my palate for the exotic, but I was not a connoisseur of flesh. I preferred my steak well-done. When meat was the only thing I ate, I began to notice that I liked it more rare, sometimes even raw, though admittedly, I don’t eat raw often.

I also eat all the fat and gristle, and as much of the bone as I can chew, and marrow as I can access, but this has always been the case. A trick I have learned on that front, is that boiling bones results not only in delicious broth, but often in bones that are soft enough to simply eat.

When I started out, I ate fatty cuts, and I sometimes added fat in the form of butter, and later (though not now) coconut oil [2]. When I measured, the fat-to-protein ratio was usually at about 65:35 — 70:30. But back then I had a lot of excess body fat, which I was losing at a good pace. So the true ratio, from a metabolic perspective, was actually higher.

If you hear the argument that a carnivorous diet is too relatively high in protein to be ketogenic, remember that if you are losing fat, that fat counts toward your consumption.

After my weight stabilised, I started wanting even more fat.

This was a gradual process. At first, I started drinking more in my coffee. I had been ordering occasional lattés made with heavy cream, and butter melted in, since the early days, when a fellow carnivore suggested it. This was before the days of Bulletproof Coffee (BPC). When BPC started trending, I butchered it made it my own by blending butter and coconut oil along with heavy cream into my coffee at home.

At the beginning of this year, I reported that I had all but stopped eating cream, butter, and coconut oil, in favour of lard. As I mentioned in that post, I’ve also been drinking cups of blended, fatty, homemade broth [3], liberally salted. It emulsifies to a thick cream, just like BPC, but it’s just animal fat, and the minerals extracted from the bones, along with small amounts of collagen, and related proteins. It feels more nourishing to me.

Before and after blending broth. 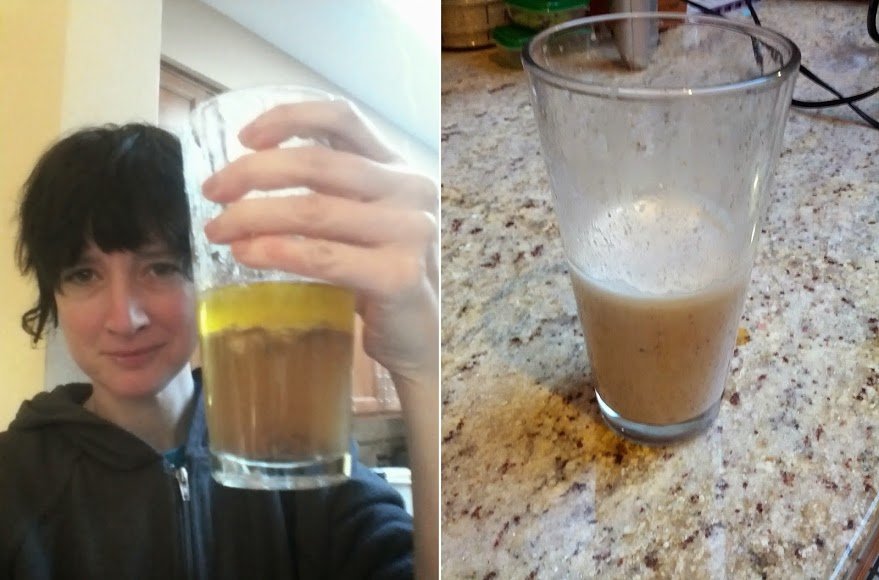 Over the summer, another carnivorous friend taught me how to make beautifully clear, pure bacon drippings by cooking bacon in the oven in a glass pan. It comes out so mild and creamy that I have been eating it not merely as a spread, but by itself on a spoon. 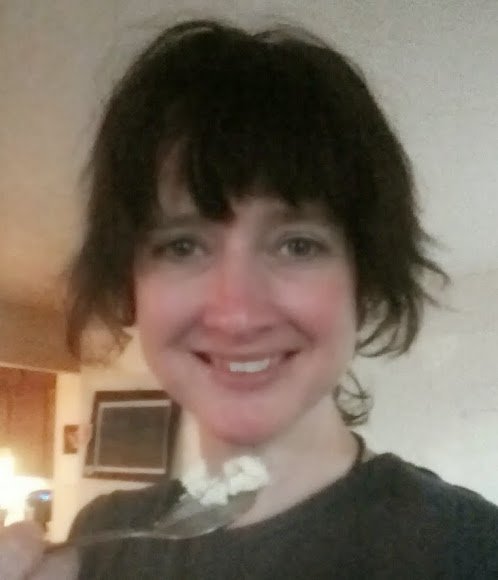 I am the candle. See me glow.

He also introduced me to tallow as a food. I had no idea that tallow was so delicious. (It’s best at room temperature.) I also find that the satiety I get from eating tallow is superior to any of butter, coconut oil, or even bacon drippings.

An acquaintance seeing me eat tallow, said that people make candles out of tallow. I am the candle. See me glow.

These days, my total fat intake is more than it has been in previous years (once I stopped getting much from my own stores). The superior satiety effect I am getting also seems to be resulting in eating less protein generally, an effect I didn’t personally experience with the BPC approach [4].

Last time I described my eating was two years ago. At that time I mentioned having occasional pickles, baker’s chocolate, or sashimi garnish. I rarely do that these days. It simply appeals less.

My appetite is stimulated by the presence of (what I consider) food even if I’m not hungry. That is, if I walk into a kitchen where bacon or steak is frying, I’m likely to want to eat it, and often will. However, if left to my own devices, this is the pattern I have been falling into lately. 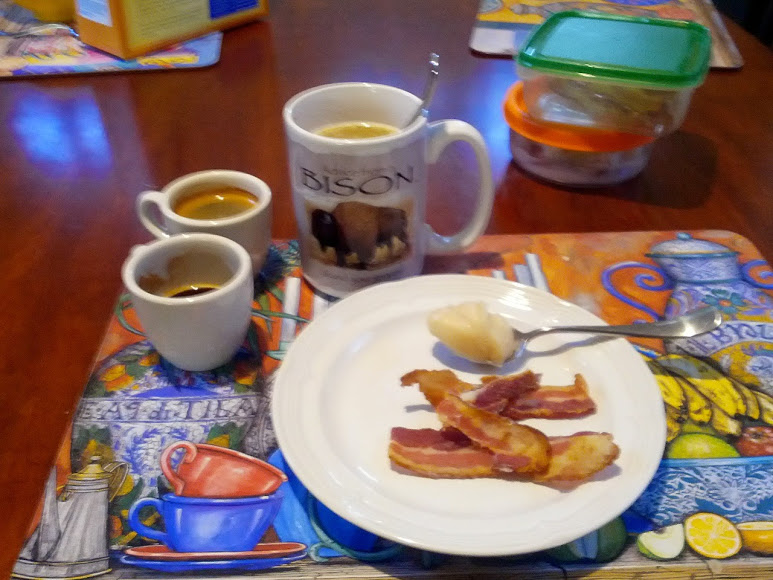 Let’s face it: almost all foods we eat are “processed”. It’s about as meaningless a phrase as “chemicals”, or “real” in “Just Eat Real Food”. What I mean here is a food product that is made by isolating specific components, usually from plants, in a way that typically couldn’t be done by hand, studying chemistry until you can figure out how to mix them back together so they stay solid, and calling it “food”. Think Twinkie. 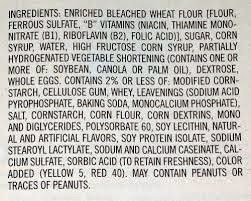 Coconut oil is a plant, it turns out. I used it because it has a favourable fat profile: lots of saturates and monounsaturates. It even has medium chain triglycerides, which are known to be ketogenic, even under glycolytic (sugar metabolism) conditions. It also has a nice flavour, especially in coffee (my plant vice).

However, I had suspected it might be contributing to my rosacea, which has been in almost complete remission since I started carnivory. Coconut has salicylates, which may be incriminated in rosacea for me. This summer I went without it for a long time, and when I had it at last again, my face immediately flushed.

[Added 2014-11-16] To make broth, I just take the leftover carcass from a roast, throw it in a crock pot with water, and let it simmer for about one and a half to two days. I don’t add anything else to it. Sometimes instead of leftovers, I buy beef bones, or shank. I have yet to try fish heads, but it’s on my list.

I haven’t measured this. As much of my food is broth or whole cuts of meat, it is hard to get high accuracy on fat and protein intake. However, my ketosis readings would confirm this perception. More on that in an upcoming post.

The ketogenic diet as the default human diet: an energy perspective

The Effect of Ketogenic Diets on Thyroid Hormones Scroll to top